Psoriasis is a common, chronic relapsing immune-mediated skin disease characterized by red and scaly patches, which itch. Psoriasis commonly affects areas like the head/scalp, hands, back, elbows, knees/feet. Psoriasis is not merely a skin problem but it can also be caused because of the different organs of the body for e.g. a type of psoriasis is called psoriatic arthritis which is actually a problem related to the joints. It can also be associated with nails, Crohn's disease, depression, or anxiety as well. In recent studies, it has been found that the reason for psoriasis can be a metabolic syndrome that involves increased cardiovascular diseases and heart stroke, hypertension, obesity (abdominal), glucose intolerance, dyslipidemia, and the diabetes type 2.

Causes: The causes of Psoriasis are still unknown but genetic predisposition is seen. The factors that trigger psoriasis are:

Factors that aggravate psoriasis are:

The modern-day dermatology has found many effectual psoriasis treatments to enable minimizing psoriasis and prevent it. On the basis of the type of Psoriasis, its severity, age, and comorbidities, we at Derma Essence Clinic provide various psoriasis treatments like topical treatments, oral medications, Phototherapy, Excimer laser, and injectable biological to help you diminish this skin problem.

Topical therapy uses creams, lotions, and ointments which are recommended for smaller skin areas. These help in reducing the cell proliferation and suppress irritation to ultimately decrease the severity, redness as well as the itching caused in the patches formed by psoriasis. These creams and lotions and ointments usually consist of Salicylic acid, Anthralin, Tar, Topical Vitamin D3 analog and Topical Retinoids, etc.

Oral medications are prescribed to patients who have large skin areas affected by psoriasis. Usually, a thorough check-up is done to understand the patient’s condition and know the medical history before suggesting any oral medications. The oral medications used for psoriasis treatment are calcineurin inhibitor, Anti Proliferative Medicines, and Retinoids. These medications shall only be taken if prescribed by an expert dermatologist. Phototherapy

Phototherapy is also known as light therapy and it includes the exposure of psoriasis affected skin to the ultraviolet light. It is done by trained medical professionals and needs regular sessions. The psoriasis treatment can be done either at a clinic or home but should always be carried out under the supervision of a dermatologist. UVB is the most effective treatment under phototherapy. The UVA and UVB both are present in the sunlight. If you’re doing phototherapy at home, it is critically important to follow the instructions of your dermatologist and you should pay regular visits to them for a continuous check-up. All the areas affected by psoriasis should be exposed to the sun in order to receive adequate amounts of UVA & UVB. However, you should apply a sunscreen suggested by your dermatologist on the other areas of your skin which are not affected by psoriasis. As already said, UVB is more effective and if you are using UVA, it is advised to use it with psoralen – a light sensitizing medication. It can be administered orally or topically. This is known as PUVA which diminishes the excess of skin cell activity and reduces the symptoms of psoriasis.

Excimer laser is a relatively new technique to Psoriasis treatment and has been approved by the Food and Drug Administration (FDA) recently to treat chronic or localized plaque psoriasis. The Excimer laser is a high-intensity beam of UVB which is emitted on the affected area. As per the severity and the size of the affected area, the number of sessions can vary from four to ten. Two treatments can be done in a week but with a gap of a minimum of 48 hours.

The biologicals, unlike traditional drugs that focus on the complete immune system; focuses only on the specific parts of it. This works by blocking the specific immune system activity of cells and the proteins which play a vital role in the formation of psoriasis. These are either injected or IV infused. The commonly used biological is secukinumab. The biological is a feasible option for the patients who were not able to reduce the symptoms of psoriasis through other psoriasis treatments or may have risks of side effects from other treatment options.

The diets that are low energy, vegetarian, or rich in poly-unsaturated fatty acids from fish oil help in suppressing the irritation and redness to minimize the symptoms of psoriasis. It has been proved scientifically that the diets rich in maize and the diets that are gluten-free help improving the skin condition that is called psoriasis. 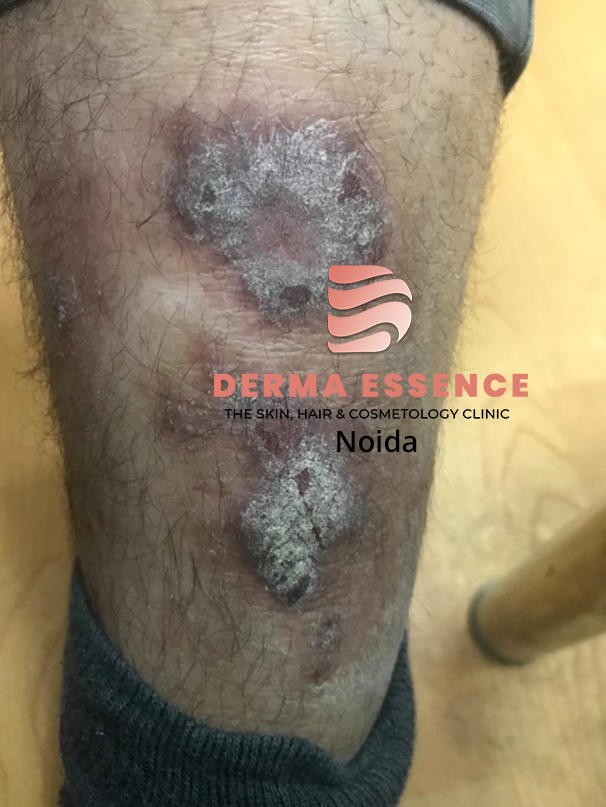 Trust Us For Fixing Your Skin Problems