Rosacea is a chronic condition characterized by facial redness and sometimes pimples, generally between the ages of 30 to 50 years. Rosacea generally starts with redness on the centre of the face i.e. forehead, nose and cheek. In severe cases, the patients may have to deal with inflammation and stinging sensations, redness in eyes and red domed bumps. The various treatments of Rosacea are planned according to the type of Rosacea that the patient is suffering from and its severity.

The underlying causes of Rosacea are still unknown. Though, it doesn’t commonly occur in pigmented skin. Like any other skin problem, you should immediately visit an expert dermatologist as soon as you witness any symptoms of Rosacea so that the treatment can be begun sooner. Early detection prevents it from spreading any further. The commonly affected areas are eyes, nose, ears, cheeks & chin.

The common triggers are excessive heat or temperature, hot or spicy food which may result in facial redness and increased skin temperature. Emotional stress or anxiety can also be a factor to trigger Rosacea. Dr. Reena Sharma recommends that you maintain a diary to keep a record in order to understand the factors which aggravate this skin condition.

There are four types of Rosacea:

Ocular Rosacea: Causes redness and irritation in eyes, swollen eyelids. It can be similar to a sty.

Erythematotelangiectatic Rosacea: Causes redness on the facial skin and makes it look flushes. It may also make the blood vessels visible on the affected area.

Papulopustular Rosacea: This generally looks like acne and causes facial redness and swelling.

Phymatous Rosacea: This changes the texture of the skin and makes it bumpy and thick.

Chronic Rosacea: The redness on the face tends to become indefinite.

Dr. Reena Sharma uses various dermatological techniques to relieve you from Rosacea. There are different treatments for different skin types and different types of Rosacea.

Anti-bacterial – They help reduce some types of bacteria but likely mainly fight inflammation when used for this disease.

Retinoids -  It is a powerful oral acne drug that also helps clear up acne-like lesions of Rosacea.

Pulse dye laser / Intense Pulse light therapies - May help reduce the redness of enlarged blood vessels. These are being done at our clinic depending on the specific requirements of your skin condition. 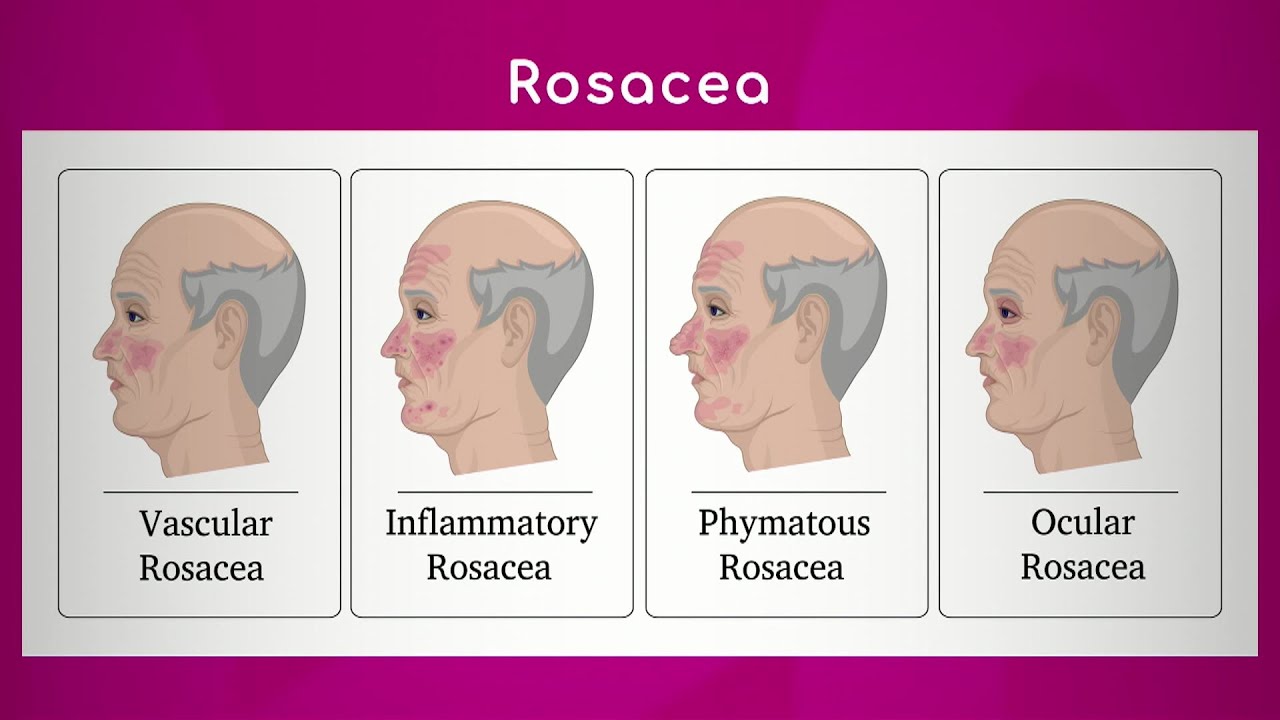 All these treatment methods are safe with no side-effects. Eliminating or avoiding triggering factors and using the right sun protection measures go a long way.

Trust Us For Fixing Your Skin Problems